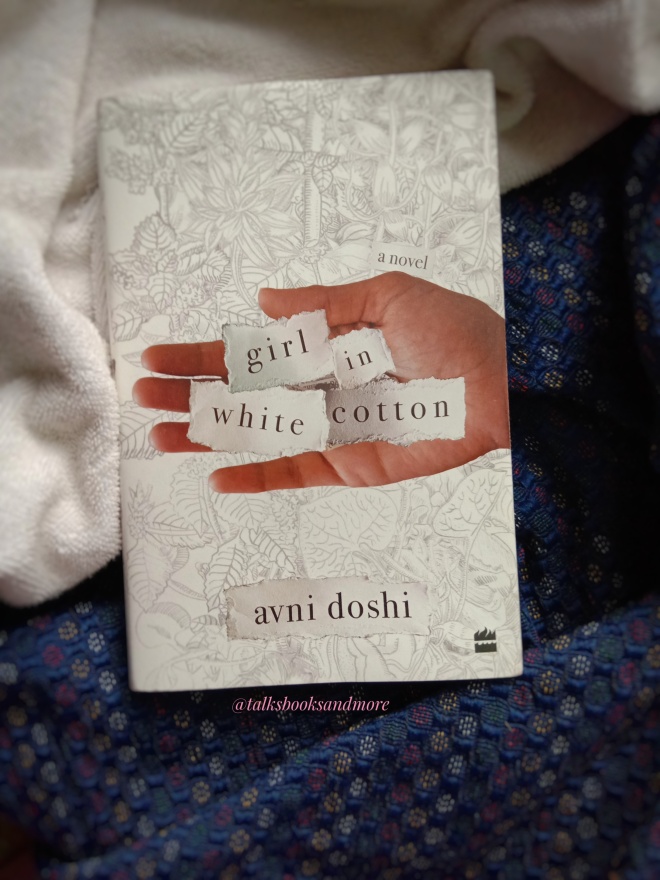 Girl in White Cotton: A Novel by Avni Doshi

Antara has never understood her mother Tara’s decisions — walking out on her marriage to follow a guru, living on the streets like a beggar, shacking up with an unknown artist, rebelling against society’s expectations … But when Tara starts losing her memory, Antara searches for a way to make peace with their shared past, a past that haunts them both. As she relives her childhood in Pune in the 1980s, her Catholic boarding school days in the hills of Maharashtra, and her years as a young artist in Bombay, Antara comes up against her own fears and neuroses, realizing she might not be so different from Tara after all.

Girl in White Cotton is a journey into shifting memories, alteringnidentities and the subjective nature of truth. Tracing the fragile linebetween familial devotion and deception, Avni Doshi’s mesmerizing first novel will surprise and unsettle you.

Avni Doshi was born in New Jersey. Avni has been awarded the Tibor Jones South Asia Prize and a Charles Pick Fellowship. She lives in Dubai.

*Thank you Harper Collins India for the review copy. All opinions are my own.

‘Children begin by loving their parents; after a time they judge them; rarely, if ever, do they forgive them’ so said Oscar Wilde. This quote held center stage for me as I read Avni Doshi’s searing debut work, ‘Girl In White Cotton’, a book that is not going to be an easy read: from the way the writing is structured, the interplay of characters and the manner in which plot points don’t emerge to ambush readers towards a resolution. The narrative is entirely from the viewpoint of one protagonist – Antara and structured in a sparse ‘in your face’ word play that will leave readers gasping. Readers looking for syrupy family ties and rosy familial love with oodles of emotional drama and back stories of why the main protagonists are the way they are, will not be able to appreciate the way the mother daughter ties in this one is portrayed: frayed at the edges with traces of resentment and a lot of bottled up discomfort.

‘Girl in White Cotton’ is an almost clinical look at the dynamics between her and her mother Tara, following the disclosure that the later is suffering the loss of memory. Various anecdotes come into the picture, as do certain backstories: a mother who abandons her marriage to follow a Guru in an ashram with a young child in tow, a mother who takes to living on the streets and begging as opposed to going back to her parents and then living with a young artist who walks out on her. One has to make do with the bare essentials that tease the reader for there are no explanations or rationale as to why Tara or Antara are the way they are to each other and the people around them.

Antara revisits only sections of her memories associated with her mother who on her part contests those memories leading Antara to frantic thinking over what people would make of her. The ‘people’ here definitely will include the reader and that’s where the brilliance of this book lies: in the things that are unsaid even as what is said jolts you. Avni Doshi’s writing is not poetic or evocative but there is a searing quality to her expressions and the word play. She makes no attempt to take readers into the minds, heart and soul of the characters: rather, she pushes you into a stark push and pull between two characters that leaves you gasping.

Read this if you are looking at a bold new approach to writing (on the Indian scene). Girl in White Cotton is definitely not the regular novel that tells you a great story: its uniqueness lies in how the story makes you react, in the way it is told – in bits and pieces that you try to put together only to change shape and form and structure.

2 thoughts on “Girl in White Cotton: A Novel by Avni Doshi”